This teaser from the official website is a taste of the story to come.
Quote:The sky falls and the ground shakes in the lands of the north. Charr and norn

Plateau, struggling to find shelter in the south. The call goes out for volunteers to

assist the victims in this time of need, when earth and sky seem to have become the 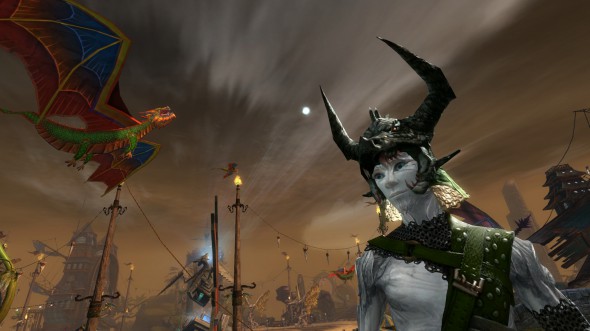 Guild Wars 2 will get it’s first big update of the year on January 28th, this update

is the prologue to a multi-stage narrative called Flame & Frost.

Last but not least Guesting is coming. Remember you can’t guest cross region, so if

you need to play with your American or European friends, it’s time to switch server!

From the 28th and forward server transfers are going to have a gem cost.

Besides expanding on the plot of Guild Wars 2, the update also adds several features

to the game.
From January 28th to the 4th of February, the regular eight-team/three-round paid

of the Silent Storm map.

The Daily achievements will be update to feature a greater variety, and it looks like

Arenanet also heard my prayers when I suggested and achievement tracker in the UI, so

they are adding that as well!
The new achievement Laurels are also being added to the game. These can be earned by

Infusions as well as some new kinds of Ascended Amulets.