There are five playable races resembling those from Final Fantasy XI. 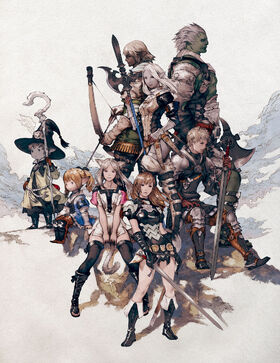 Each race has a new name and their appearance has been altered; additionally, each is divided into two clans. The “missing genders” for some races (Female Roegadyn, Male Miqo’te and Female Highlander Hyur) will become available upon the PlayStation 3 release. [1] A recent player’s poll presented the possibility of mixed races (Miqo’te-Lalafell, Hyur-Elezen), though nothing is confirmed as of yet.

The Hyur are a race not originally from Eorzea, having migrated there and brought their technology with them. They are split into two clans, the Highlanders and the Midlanders. They are similar to Humes from Final Fantasy XI.

The Lalafell are a race from the seas south of Eorzea. The race consists of the Plainsfolk and the Dunesfolk. They are similar to the Tarutaru.

The Miqo’te are a race from Eorzea, and like the Hyur, are not native to the region. Miqo’tes are either Seekers of the Sun or Keepers of the Moon. They are cat-like beings, and similar to the Mithra.

The Roegadyn are a race from the seas north of Eorzea. This maritime race is broken into two tribes; the Sea Wolves and the Hellsguard. They are like the Galka, though they lack tails.

The Elezen are the race that has lived in Eorzea the longest and co-exist peacefully with the other races. Elezen can either be Wildwood Elezen or Duskwight Elezen. They are similar to the Elvaan.

Do you want to learn more about FFXIV Gil?