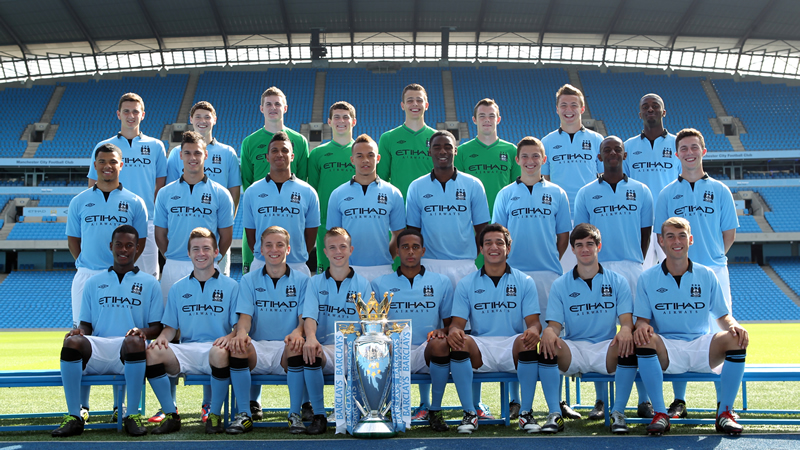 Europe’s elite clubs will be busy batting their eyelashes at Marco Reus from now until the summer, though the Daily Star reports that Manchester City are confident of landing the Borussia Dortmund star ahead of the likes of Real Madrid and Bayern Munich.

Reus, 25, is thought to have a 25 million-euro release clause that activates at the end of the season, and the Star states that City boss Manuel Pellegrini is lining up a bumper 200,000-pound-a-week contract offer to tempt Reus into moving to Manchester.

The attacker will have his pick of the clubs come this summer, but with City seeking a creative outlet on the flanks, it seems they will break the bank to try and land the Germany international ahead of their continental rivals.

Marco Reus indicates to Man City how big he expects his paycheck to be.
Van Gaal playing the waiting game?

And so the discussion over potential Manchester United defensive cover rumbles on for another day… the Manchester Evening News reports the Red Devils are not interested in Valencia centre-back Nicolas Otamendi, and are instead happy to wait until the summer to launch a bid for Mats Hummels.

Prising Borussia Dortmund captain Hummels away from BVB with the club sitting in the Bundesliga relegation zone seems highly unlikely given his character and standing, though MEN understands Van Gaal will bide his time in order to land the World Cup winner.

Another potential recruit is Netherlands international Bruno Martins Indi, who Van Gaal knows well from his time as Oranje coach. The Porto defender is reportedly available for 10 million euros, and at 22 would be a young, inexpensive acquisition for United.

Despite Kevin Mirallas’ ludicrous penalty antics on Monday night, the Daily Mirror reports that Tottenham are still keen on the Everton winger and will offer the Toffees cash plus Aaron Lennon to land the Belgium international.

The 27-year-old has 18 months left on his Goodison Park deal, and though Roberto Martinez subbed Mirallas at half-time on Monday after taking — and missing — a spot kick ahead of Leighton Baines against West Brom, the Toffees boss is reportedly desperate to keep the attacker.

However, a move to London to work with Mauricio Pochettino could prove tempting for Mirallas, and a small fee plus the arrival of Lennon in return would cushion the loss for Everton.
Arsenal closing on defensive duo?

Arsenal fans will be hoping that their side’s impressive victory at Manchester City is the chrysalis stage of a leaner, meaner Gunners team ahead of a potential title charge in the second half of the season, and supporters will be further buoyed as Arsene Wenger prepares to add more steel this winter.

The Daily Star reports that Wenger is interested in a nine million-pound deal for Newcastle midfielder and master of the tactical foul, Cheick Tiote. Whether Arsenal will pay his reported 80,000-pound-a-week demands is another matter, though Tiote would undoubtedly offer more fire in the middle for the north London club.

Meanwhile, the Daily Telegraph reports that Arsenal have opened talks with Villarreal over a deal for centre-back Gabriel Paulista, but may have to wait on a work permit for the Brazilian 24-year-old.

Benzema to become a Kop hero?

Will Karim Benzema ever be truly loved at Real Madrid? The notoriously fickle Bernabeu faithful have finally taken the striker to their hearts after years of Blancos goals, though he always seems to have one foot out the exit door.

The Metro has picked up on reports from Spain that Liverpool have made the France international their No.1 target this summer, and will seek to land his signature with a 38.1 million-pound transfer offer.

That type of cash would help the Real money-men land the next Galactico of their choosing, and Kop could potentially have a new hero. As The Stone Roses’ Ian Brown once sang: “I want to be adored”. Benzema may fancy trying it sometime.