Apparently, Final Fantasy XIV is more than willing to have crossovers that not everyone will love. If the Yo-kai Watch crossover wasn’t to your taste, that’s fine, perhaps you’ll prefer the new crossover with the Japanese show GARO. Or perhaps you won’t care much for the crossover, but you will care for picking up some pretty new dyeable armor in exchange for PvP. 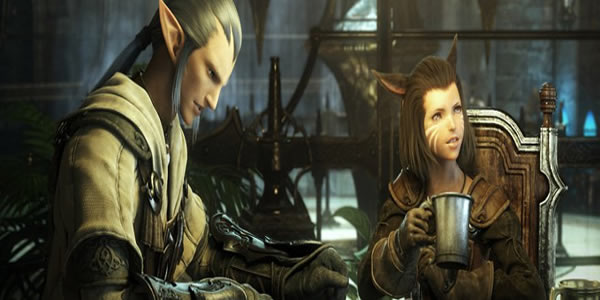 When it comes to the GARO-inspired armor, it is available in two separate forms, you can purchase undyeable versions for MGP, or you can pick up dyeable versions as PvP rewards. This coincides with improvements to PvP which will allow players to queue up for Frontline independent of FC affiliation, so it’ll be even easier to get into the matches you need whether you want GARO gear or other rewards. There are also equine mounts available for those who rack up impressive kill streaks, so you may want to take part in PvP either way.

Final Fantasy XIV: A Realm Reborn is a massively multiplayer online role-playing game (MMORPG) that invites players to explore the realm of Eorzea with friends from around the world. The game is an updated version of the PC game, Final Fantasy XIV, which was originally released in 2010. In it, classic Final Fantasy type themes and environments are merged with MMORPG play mechanics as you form a party and adventure with a multitude of players from across the globe. Official website offer more latest news, guides, tips, tricks and much more:https://www.ffxiv4gil.com/.