Sandbox Interactive continues to rack in improvements to Albion Online, the latest of which is Hector. Yesterday, a new patch of Hector was released to game. It’s time to download the second patch of Hector, Version 1.0.326. Here are the patch notes: 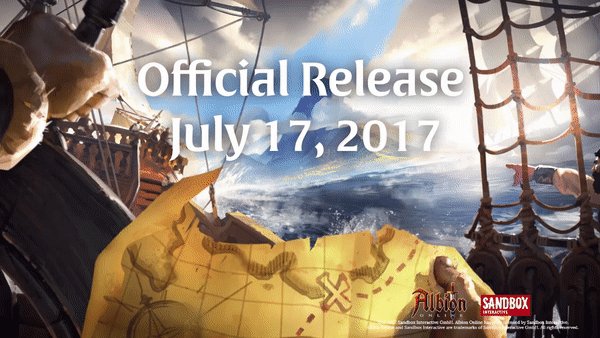 Caerleon’s Bank and Marketplace are now in their own sub-areas in Caerleon.
New starter areas have been added to help with potential overcapacity.
Black Market setup has been adjusted to increase the frequency with which armors and weapons will drop.

Improved quantity selection in crafting: it will now remember the last amount you selected so long as you keep crafting the same item.
Destiny Board achievements are now untracked by default.
Destiny Board starts to track achievements when they get some progress (ie Fame is greater than 0).
During this patch, all achievements with progress will be set to tracked, and all achievements without progress will be set to untracked.
Added a limit to how many achievements you can track at once.
Added tooltips for Destiny Board tracker notifications.
Added “time remaining” in tooltips for buffs/debuffs.
Upgraded all remaining text in the game to use the new font.
Trophies now give their bonuses to up to three laborers rather than up to two.
Added a warning about renaming etc when creating characters.
Royal Sigils can now be transmuted to higher tiers (although doing so will be very expensive).
Royal Sigils are now classed as materials in the market.
Missions no longer show timeouts if they have very long durations.
Improved Undead and Morgana group dungeons.
Open world Ghouls now have a new ability.
Dryads and Forest Spirits are no longer aggressive.
Toads, Boars and Monitor Lizards have had their aggression radii halved.
Reduced durability of (non-Founder) furniture, making them easier to destroy.
You can no longer place furniture near banks (you know who you are).
Increased zoom speed and movement speed in the World Map.

Gathering journals now only count resources of their tier and up to two tiers higher.
The “Flail” line of weapons is now called “Morning Star”.
Reworked visualization of zergs to not show individual player positions.
It is no longer possible to find T3 resources in the Outlands. Their old positions have been filled with T4 to keep node counts constant.

Moved the siege camp in Birken Fell to remove overlapping PvP areas.
Fixed Arcane Orb cooldown to be the correct value of 15s.
Fixed damage area on Forest of Spears.
Improved various visual issues with projectiles.
Fixed some issues with calculations for focus cost of enchanted items.
Fixed an issue with visuals for Separating Slam ability.
Fixed some issues with the rewards in the final chest of safe zone hellgates.
Repositioned building NPCs/clickables to ensure they’re easy to access.
Demon Gatekeepers (eg Vile Warden) have had pursuit range reduced from 60m to 35m so they can no longer be pulled out of the Unrestricted PvP area.
Removed unnecessary warning when entering expeditions.
The Keeper Chieftain remembered the abilities he had forgotten and now uses his complete ability arsenal again.
Destroyable chests now have health and armor to make them a little harder to loot.
Fixed an issue where farm buildings did not have enough durability.
Fixed more issues with Guild UI shaking.
Fixed an issue where respawning in Caerleon was not portal-binding players correctly.
Fixed a visual issue with gathering multiple nodes in rapid sequence.
Fixed an issue with toggling nametag visibility in cities.
Various visual and effect fixes.
Various audio fixes.