In Path of Exile, I have been farming many bosses and I’ve noticed that a big bottle neck for me is clearing maps slightly slowly as molten strike. I know there are many stronger mapping characters.

I am looking for a character who maps quickly – I already bought and 6L my QOTF. I’m considering a voidforge pathfinder cyclone/molten strike or a KB deadeye wander. Ideally I want to clear fully sextanted and influenced t15s and t16s quickly and safely with this character so it needs to have an option for single target. 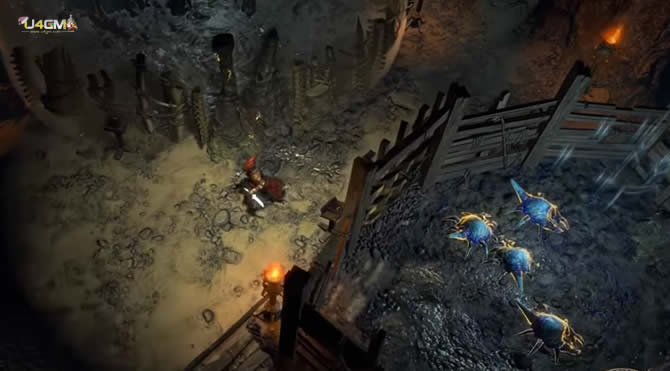 I dropped a voidforge and it is also 6L, so I have two 6L available for voidforge, and a +1 barrage/immolate/attack crit helm that I might craft into a immolate/30% ele helm.

I’m thinking that the wander has higher potential mapping speed because projectiles, but at the same time voidforge cyclone with QOTF probably has absurd scaling and it can use moltenstrike for bossing safely too. Recently, I saw some useful tips:

Go watch tarkecat or whatever his name is video for 3.2 regarding wander vs deadeye. It became a member pretty quick regarding the movement speed difference between the two. Basically it’s close enough you won’t notice.

Lyco is nice for wands. I prefer kb over ts because you only pick a direction to fire and everything dies, whereas to you have to pick an explosion distance for ts. For easymode clearing on a bow character you can always split shot with mirage Archer. Really easy mapping.

Price investment is about the same between them. Windripper is expensive compared to the piscators (don’t use anything else) but them Abyssal jewels are what will cost a lot on the wander. Quiver vs lyco is about the same. All the other gear should be the same for the most part.

All that said I still prefer wander. Both builds with equal investment will be able to do all content, with only seconds in clear time difference here and there, so just to with what looks fun. If you have questions pm me, I feel like I’ve tried it all and really have raider wander figured out.