The Ascendant gives flexibility far more than any other class by permitting the player to take passives depending on other Ascendancy classes. These passives supply similar advantages representing the class’s general tree, but with mitigated effects. Only one particular Ascendancy class passive could be taken from every base class. The Ascendant can allocate as much as two Ascendancy class passives and can further invest onto one particular class’s path to get the ability to use that class’s beginning point on the passive skill tree as a second beginning point. Within this Post, We’ll share five Poe 3.3 Scion Ascendant Builds for you. 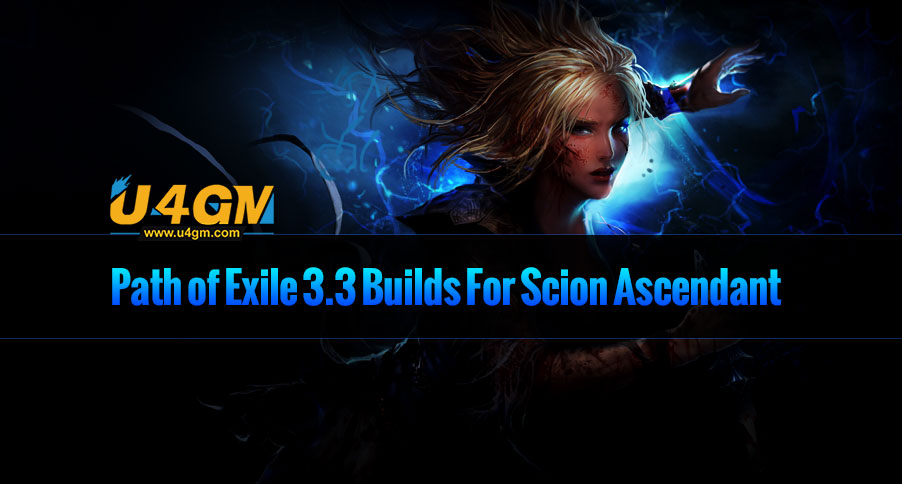 This build revolves around Lioneye’s Glare & Tornado Shot. It is designed to play Tornado Shot asap and will slowly but steadily growing in power with every bit of currency invested. It will kill (not face-tank) with ease end-game bosses with high investment.

Why is it celebration friendly?
* the build runs nicely in celebration (no lag except maybe when shattering huge packs)
* the char has enough ms to catch up with other builds
* the char brings knockback, blind and shattering
* the char added benefits from most auras/curses

We need access to as much generic damage modifiers as we can get. Scion allows us to have ranger start for the pretty valuable projectile damage start, as well as natural access to a lot more generic damage modifiers at the beginning of the Scion start, I’ve also been looking for a way to make “Scion Great Again,” and I think this could do the job.

Its an excellent starter build, you can buy some cheap jewels for ~ 1-5 chaos each with 2x 20 lighting dmg and breeze through the acts like never before. I also tested a bit around in PoB, and I would lose ~ 1/4 dmg without abyss gear. (atm I’m at ~4m shaper DPS with abyss gear). But that should be still enough to clear all content without problems. And we don’t know if abyss is coming into the core game or wich new strong uniques happen in the next league 😉

Cons:
– Cant do reflect or no leech map

Chieftain version of the build will be the cheapest to gear because you don’t need Xoph’s Blood for the build. Furthermore, it is not restricted by Avatar of Fire so any extra elemental damage that you acquire from gears (shaper/elder amulet) or flasks will directly benefit the build.
As for Scion version, Overleech and Culling Strike from Slayer is a vast QOL. Coupled with free frenzy charges from Raider. The mapping speed should be better than Chieftain but have to wait till 3.3 to hit to be sure.

The 40% increase against rares/uniques is a bummer, but I think everything else balances it out pretty well. I guess the net is a better general mapper, a bit of a nerf or about the same for boss killing.

Pros
+ Can do Uber Lab with just the Axe and a 5L chest
+ Slayer provide overreach, with a QuickSilver flask of anti-bleed, you will be able to simulate Slayer’s Brutal Fervour on Scion.
+ You will be able to clear Uber Lab by level 75
+ 5 jewel sockets

Cons
– Leveling to level 55 could be a chore, but from there onward it is a breeze
– Requires some refund points to respect the tree as you progress higher in your level
– Rely on Vaal Pact for survival, thus losing the life regen, but overreach from Slayer makes up for it
– Can’t-do no life no mana leech map
– Requires linking Fortify gem to Leap Slam and using Leap Slam to proc instead (unless you swap Added Fire Damage gem in chest slot with Fortify for permanent fortify)

This build works by using 2 of the Poet¡¯s Pen wands to cast Volatile Dead (our main damage spell) and Unearth (a period that creates corpses as Volatile Dead needs bodies to work). The rods cast the spells socketed inside them with a 250ms cooldown. To get maximum casts per second, you need to aim for just under four attacks per second if you are using two spells (Do not go above four otherwise it will skip casts). Right now the wands are bugged and will jump actors if you have extra than ~3.8 attacks per second so play about with your attack speed and go with what feels useful to you. Increased cooldown recovery speed mod on shaper boots and belts could be used to reduce the 250ms cooldown. At the moment I¡¯m using 15% increased cooldown recovery speed and I find that 4.32 attacks per second are where I don¡¯t see the wand skipping casts. We also don¡¯t have to travel as much on the tree to get DPS/EHP.

Ascendant for the most part is buffed. Occultist and Inquisitor are looking good. Even though Assassin lost .5 base crit, it’s still a good option. Once PoB gets updated, I’ll check the numbers and update the guide.
Herald of Ash buff now works for this build!
Waiting for patch notes to see if Poet’s Pen is left alone

In 3.3 Ascendancy get buff so hard. Champion is stronger. Hierophant always has +1 totem. That means you don’t have to utilize The helmet Bringer of rain. You can change to 6L body armor and wear Abyssus or another helmet. Abyss has 10% chance appear on the map, so we still have Abyss jewels in the new league. Now I think Scion could be stronger than Chieftain or other Ascendancy classes. I don’t think I play this in the new league, but I will finish it in std. This is still a single of most significant build I’ve played. Cheer